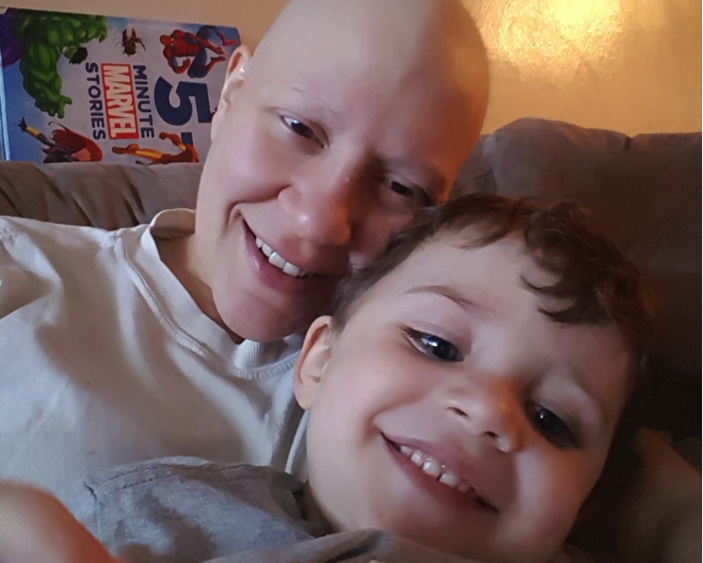 Linda Feher, a long-time Mercy Health employee, has volunteered her time for Panerathon since it first began in 2010. Linda, who has spent countless hours stuffing race bags, helping at packet pickup events, and volunteering on race day in the hot August sun all in support of the Joanie Abdu Comprehensive Breast Care Center (JACBCC), never could have imagined what the cause would come to mean to her.

Rachel found her own lump which seemed to appear out of nowhere through a self-breast exam. She performs ultrasounds for a living, so she had a feeling right away it was something she needed to have examined.

“I’m in the medical field, so it was something I caught. Someone else could have missed it,” she said.

Rachel was seen by many doctors around the time of her diagnosis, but was treated at the JACBCC over the course of the majority of this past year by oncologist Dr. El Amil.

Rachel commented on the environment of the JACBCC saying, “It was so nice. The music, the waterfalls. It was very comforting. It definitely makes you feel better.”

Rachel started her chemo treatments at the end of November 2017 and they ended on March 5, 2018. Rachel, a mother of three boys, Dylan, Blake and Rory, noted how differently each of her sons handled watching her go through treatment. 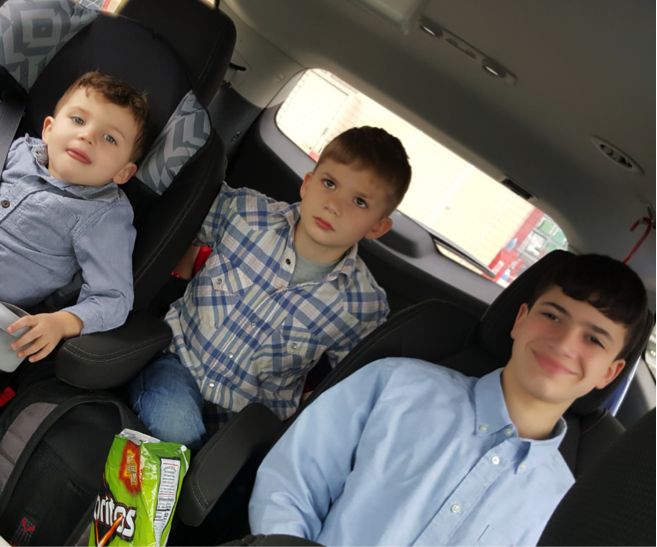 “My oldest son is a lot like me, so he handled it pretty well. My middle son had a lot of questions. My littlest guy just stuck close by me,” she said.

Rachel had to be off work through the duration of her treatment from November through June, but instead of focusing on the hardship of that period, Rachel simply said she was grateful for the extra time to be home with little Rory who is now 3.

Rachel has maintained that positivity and calmness throughout all the ups and downs of her last year.

“I never really cared about what my hair looked like. I never got too upset about being bald. I just rolled with it,” she said.
It was likely this outlook that helped get her through the toughest times.

“The hardest part was how chemo makes you feel. All the stories you hear are very true,” she said.

Her mother Linda echoed Rachel’s thoughts saying through tears, “This last year has been pretty rough. Watching Rachel go through chemo, being sick, losing her hair. And explaining it to the boys. It’s been hard.”

Linda also mentioned that it was often Rachel comforting her during these times. “I wish I had her strength. She’s just such a trooper,” she said in admiration. 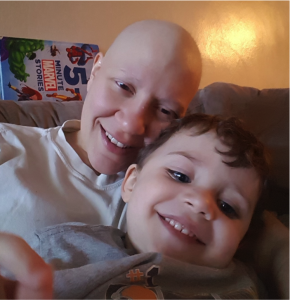 While the chemo shrunk Rachel’s lump, it did not eradicate it. After several surgeries to remove all remaining cancer cells were unsuccessful, Rachel decided to undergo a double mastectomy.

On August 8, just a few weeks prior to this year’s Panerathon, Rachel had her surgery to remove both her breasts. Now, Rachel is trying to “just focus on getting back into the swing of things”. She will soon start radiation, the final step in her treatment. She wants nothing more than to move forward with her life, playing softball, the sport she loves so much, and getting back to just focusing on her boys. She is waiting after a lengthy battle to finally hear the words every patient longs to hear… that she is cancer-free.

Rachel is still healing and was actually unable to make it to this year’s Panerathon due to an unexpected hospital stay, but she is grateful for the group of family and friends who put together a team this year for the first time in her honor.
Linda still volunteered her time to the event, and it took on a new meaning for her in light of what she’s witnessed her daughter go through.

“It hits closer to home for me this year. I’ve always loved the event, but it’s closer to my heart now.”

Linda would like everyone going through cancer to remember that there is hope. With advancements in treatment, early diagnosis, and technology – the types of advancements funded by Panerathon – the outcomes are much better than they used to be.

“Be strong like Rachel,” she said. ”She took what she was given, and she dealt with it. Just have strength and take it in stride.”

Rachel also offered a message of hope and optimism to all: “Keep smiling through the bad times. Things will get better.”

We were proud to honor Rachel at this year’s Panerathon along with all the other brave fighters and survivors who joined us for our 9th annual event, which raised a record-breaking $515,000 bringing the overall total to $2.5 million for the cause.

100% of proceeds from the Panerathon benefits the Mercy Health Foundation in support of the life-saving services of the JACBCC.